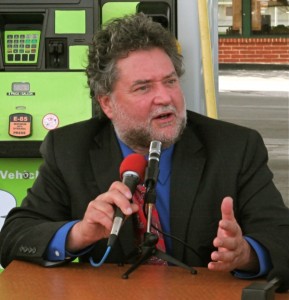 David has over 35 years of experience in the alcohol fuel and regenerative agriculture industries, which has included C-level management and consulting roles. He is an author, speaker, and internationally renowned permaculture and biofuels expert.  After studying Ecological Biology and Biosystematics at San Francisco State University, he worked on experimental projects, first for NASA, and then as a member of the Mother Earth News Eco Village alternative building and alternative energy teams.

David is author of the critically acclaimed book Alcohol Can be a Gas!  He has appeared on National Public Radio’s (NPR) Science Friday with Ira Flatow (2007), has been a commentator on the Huffington Post and has been a guest on nationally syndicated radio programs hosted by Thom Hartmann, Lou Dobbs and George Noory. David has spoken at key agriculture and biofuel industry conferences, and he was the keynote speaker at the OLADE Renewable Energy Conference in Guadalajara, Mexico. 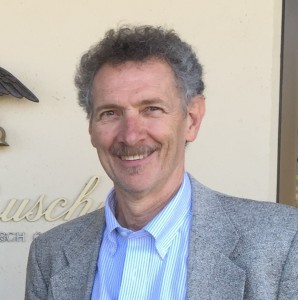 Tom has more than 25 years of media, marketing and corporate communications experience.  During his career, he has received numerous corporate achievement awards, including the McGraw-Hill Corporate Achievement Award for National Direct Marketing Campaign Development in 1984; the Direct Marketing Association’s Award for Entrepreneurial Leadership, stemming from the formation of the Microcomputer Marketing Council in 1985-86; the Alliance for Community Media’s Western Access Video Excellence award in 2009; and the Santa Cruz Community TV Award for Best Informational and Educational Program in 2006, 2007 and 2008.

Passionate about promoting positive transformations for pressing environmental issues, Tom interviewed David Blume in 2007 just prior to the launch of David’s landmark book Alcohol Can Be A Gas! Finding David’s model to be based on sound science, proven technology concepts and able to provide a holistic approach for repairing economic, environmental, energy and social woes, Tom has been working ever since to bring inexpensive, locally-produced, clean and renewable alcohol fuel equipment and know-how to the world. 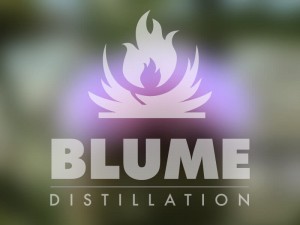 Blake brings 13 years of experience in strategy, operations, finance, and entrepreneurship in food and agricultural production, sales and marketing. Blake’s consulting practice spans a variety of start-up and early growth-stage companies in the food and agricultural space. Clients included a vertically integrated grass-fed lamb company, a winery, a lettuce harvesting start-up, and a variety of processors, shippers, growers, and distributors in the produce space, among others. Blake served as General Manager and board member for Epic Roots, a start-up value-added produce company. As General Manager, he directed all aspects of the company including sales, marketing, operations, and finance. During his time as Director, he provided financial and operational oversight and project-based consulting services including: managing the commencement of regional processing on the East Coast; negotiating contracts with key grower partners and processors; leading relocations of the company’s outsourced processing operation; and structuring and managing document flow for several debt and equity capital raises, strategic relationship, and equipment financings. Blake was actively involved in the sale of Epic Roots to Organic Girl. 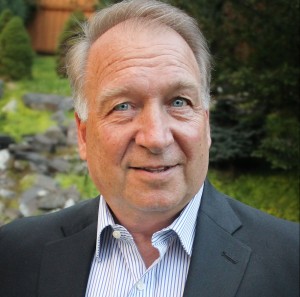 Steve has focused on high-value sugar crops throughout his career. He has been instrumental in working with various government agencies regarding environmental and Ag policy issues. He was the Director of Business Development and, held various administrative positions during his 38 year tenure with Betaseed, Inc.  He grew up on his family farm in western Nebraska (which he still calls home), feeding cattle, growing sugarbeet, and other local crops. He received his B.S. in Sociology from the University of Northern Colorado. He’s had lifelong involvement in agriculture and the North American sugarbeet industry. He began his career providing sales and consulting service to growers in western Nebraska and eastern Wyoming before taking on a regional management position for the Intermountain area of the US. From 1995 thru 2008, and prior to taking on the Business Development role, Steve was the Director of National Sales and Marketing for North America. Steve began working in the renewable energy sector in 2007 where he worked closely with his colleagues throughout North America and Europe.