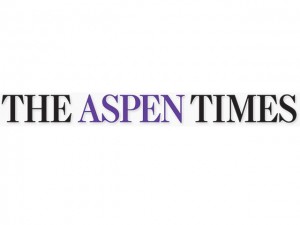 The annual summit brings together nonprofit leaders, politicians and clean-energy moguls in conversations about addressing climate change. Some businessmen from clean-tech companies tried to prove Wednesday that the festival is not all talk when they signed a collaborative deal that will make it possible for any type of car engine to run on ethanol fuel.

Biofuels company Byogy agreed Wednesday at AREDay to help Blume Distillation, which develops alcohol-fuel production systems for commercial applications, convert its ethanol fuels into a blend that can power a diesel engine with no modification. Blume Distillation already has developed technology enabling other car engines to run on ethanol or an ethanol blend.

“It takes our ethanol and their process,” CEO David Blume said. “Now we can service diesel.”

Blume Distillation produces its fuels largely from waste, which means it uses local resources and creates jobs locally, Blume said. Currently, 3,000 stations across the country sell alcohol fuel at the pump, and it can be sold for $1 less per gallon than gasoline, he said.

The deal “helps both of our companies become more attractive to capital,” said Blume, who was approached by at least one investor immediately following the signing.

Staff members from both companies met during an AREDay session earlier this week and turned the deal around in two days.

“This is how things get done in business,” Blume said, noting the contrast between the speed of the deal and slow-moving global policy talks discussed during an earlier session.

Still, those talks are largely what AREDay has been about in its 12-year history. In Wednesday morning’s first session, Jules Kortenhorst of the Rocky Mountain Institute and Dymphna van der Lans of the Clinton Climate Initiative discussed how their organizations have collaborated, particularly on a goal of increasing renewable energy use in island nations.

A theme of this year’s Summit was “Road to Paris,” alluding to the U.N. Climate Change Conference occurring there in December. While that conference won’t create any legally binding agreements, it will signal to the private sector what direction the world is headed, Kortenhorst said.

Van der Lans said she believes leadership on the issue more and more needs to come from outside the political sphere, such as how Pope Francis’ encyclical on the topic made it a “moral issue.”

“That’s very inspiring and will bring a wider audience,” she said.

The release of President Barack Obama’s clean-power plan earlier this month was important, too, Kortenhorst said.

“It’s proved that the U.S. means it and is showing up in Paris willing to get things done,” he said.

Headlined more than once by former President Jimmy Carter, who Wednesday announced he has cancer, the summit this year included Huang Ming, a leader of China’s solar industry; former Sen. Tim Wirth of the UN Foundation; and the Hon. Kevin Rudd, former prime minister of Australia.

“The 12th Annual AREDay Summit, Expo and film fest was far beyond expectation,” AREDay founder Chip Comins said. “The amazing presenters and panelists from around the world were consistent in their message that not only is a low-carbon economy eminent, but it is being implemented now.”