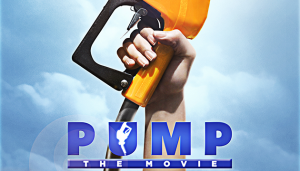 Blume Distillation LLC, a leading provider of appropriate-scale, alcohol fuel production systems, announced today its support for and participation in premier events for the release of PUMP the movie. PUMP is a new release from filmmakers Josh and Rebecca Tickell and focuses on alternative energy solutions.

PUMP the movie was declared “A must see movie that jump-starts an important conversation about the crippling costs of our oil addiction,” by Peter Lehner, Executive Director, National Resource Defense Council, (NRDC). The film features interviews, ideas and solutions from top energy experts including David Blume: author, biofuels pioneer and Blume Distillation CEO, John Hofmeister: former President of Shell Oil US, Elon Musk: CEO of Tesla Motors and Peter Goldmark: former president of the Rockefeller Foundation. Additionally, PUMP features many other industry, political and environmental leaders. The film trailer can be viewed at: www.pumpthemovie.com.

“The devastating environmental impact of continued fossil fuels usage, combined with the ever-rising cost of extraction continues to focus global attention on the need for a fundamental transformation to a zero emission, locally produced, low-cost and renewable replacement fuel,” said David Blume, founder and CEO of Blume Distillation. “In a very accessible way, PUMP the movie, helps explain how right now we have the ability to change our energy future and how we can all easily help end our oil addiction, change the rules of the game and open the market to cleaner, cheaper, American made fuels.”

Blume will be participating in PUMP the movie Premier events with more dates pending:

As stated by Chip Comins, Chair and CEO of AREI, “Blume Distillation provides some of the most exciting developments in biofuels addressing carbon issues. Company founder David Blume has designed a solution to reduce carbon and increase economic and environmental benefits on a local scale that is unparalleled.”

About PUMP the movie

The film is presented and distributed by Submarine Deluxe, in association with Fuel Freedom Foundation and iDeal Film Partners. Created by filmmakers Josh and Rebecca TIckell and narrated by Jason Bateman please click this link or visit http://www.pumpthemovie.com/ for more details