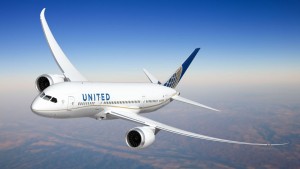 A Phoenix airport only allows cabs using an ethanol-based fuel on airport premises; Brazilian airliner GOL has flown a commercial flight on sugarcane jet fuel; and the Environmental Protection Agency (EPA) offers subsidies to commercial airlines using biojet fuel. Maybe these are just trends, but here to whip them into a full blown airline case study is United, which is now buying $15 million worth of alternative jet fuels from AltAir.

United Airlines’ Mihir Thakkar, director of environmental strategy and sustainability, tells RGN, “[This] is really the first commercial scale agreement for an airline for green, biojet fuel.” The United deal with AltAir for 15 million gallons of a 30-40 percent alternative-to-regular fuel mixture is for use over the next three years and should launch in the second quarter from LAX aboard United’s Boeing 757s.

“We are working on a strategy here that looks at United being involved in the alternative fuel space hopefully not just in the short term but in the long run. … We’re looking at fuels with carbon lifecycle reductions of 50 percent or more,” says Thakkar. United has bought the AltAir fuels in what he calls a “guaranteed off take agreement”, and is planning to closely monitor how customers respond to the changes, in order to evaluate if the business case for alternative fuels can last past those first, critical three years.

“To be honest with you,” Thakkar tells RGN, “it’s an uphill battle with trying to go to green fuels. The best way is to show to our customers that United is taking this very seriously. We want to measure if our customers are responding to it.”

For now, the EPA’s Renewable Fuel Standard (RFS) subsidy is making United’s plan cost efficient. But this is not guaranteed into the future. Thakkar says, “Having a stable policy in a regulatory structure allows you to better predict what the cost of fuel is going to be. It’s quite unpredictable at this point.” If customers don’t respond and government subsidies fail to enter health development, United’s biojet fuel program could vanish faster than the sand underneath rising sea levels.

For now, United is all in, and has done a great amount of research to identify fuels that avoid unintended consequences for the environment. “For us, sustainability is not only the carbon, but all the aspects that affect the society and the environment. The fuel is going to be fully certified by the Roundtable for Sustainable Biofuels (RSB), ensuring that we are not either displacing agricultural land to make it work or driving up food prices,” he says.

The AltAir fuel has also been rigorously tested by manufacturers, including Boeing and Airbus, Thakkar says. “It’s fully safe to be used, and we plan to blend it between 30 and 40 percent.”

Blume Distillation, a manufacturer of scaled alcohol fuel production systems, is very happy that United is testing the market waters with biofuel. Blume has garnered investor buzz over the past two years, and Tom Harvey, vice president of Blume Distillation LLC, updates RGN that they have so far attracted $1.8 million in round two of their investors offering, for a total of $4 million in funding. “We are working to close our first system sales and have proposals currently underway in Latin America, Canada and the US,” says Harvey.

Blume has completed a test and development plant that initiates operational testing in January 2015, and has a public open house planned in March. Airports and airlines interested in learning about the equipment might also be permitted to attend a private facility preview in February. Already, Harvey says, Blume is working “closely” with connections in the aviation market to ensure fuel is available once demand clears regulatory hurdles and, of course, floods past the testing-the-waters phase.

With any luck for United and customers, it just might surge.