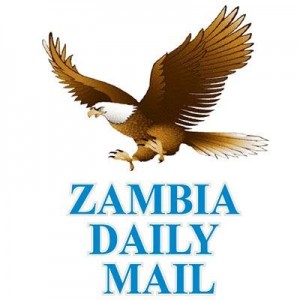 November 21, 2015
MINISTER of Energy and Water Development Dora Siliya says the power deficit Zambia is facing provides an opportunity for citizens to make tough decisions and begin sharing the cost involved.
Ms Siliya said in Lusaka yesterday when she attended a promotional presentation by Blume Distillation Systems, an American company that has partnered with Thomro Bio-fuels, a local company, to provide renewable energy using agricultural products.
She said although 2015 is not a normal year in terms of rainfall, the situation has been made worse by economic challenges Zambia is going through as a result of a slump in copper prices on the international market.
The price of copper, according to international reports, has waned in tandem with the slowing of the Chinese economy, as well as a stronger US dollar. On Thursday the metal slumped to a new six-year low of US$4,573.50 a metric tonne, although on Friday it mounted a slight recovery, rising 0.59 percent to US$4,634 a tonne in European trade.
Ms Siliya said Government wants to see increased and accelerated investment in the electricity sector and that it is important for the country to migrate towards cost-reflective tariffs.
“I think a lot of people do not know that it costs Government, through Zesco, a lot of money to generate electricity at about 12 to 14 cents per kilowatt-hour to the citizens, but we offer electricity to the citizens at a very low price at five cents per kilowatt to citizens and seven cents per kilowatts to the mines,” Ms Siliya said.
She also said it is important to learn that crops such as cassava can be used to generate fuel.
“I am particularly happy that one of the Zambians is going to enter into a commercial agreement with Blume Distillation through an out-grower scheme,” she said.
And United States (US) ambassador to Zambia Eric Schultz said Blume Distillation Systems can produce clean, renewable bio-ethanol at costs comparable to or even lower than large-scale producers.
“Zambia has great potential in renewable energy resources. The country has 300 days of sun a year, you have untapped hydropower and potential in bio-fuels,” he said.
Mr Schultz said to date, investment in ethanol production has been limited almost exclusively to large-scale facilities.
He said only a handful of companies offer these small-scale ethanol production systems and Blume Distillation stands out among those.
And Blume Distillation chief executive officer and founder David Blume said the company converts readily available carbohydrate-rich agricultural crops and waste into high-value bio-ethanol.